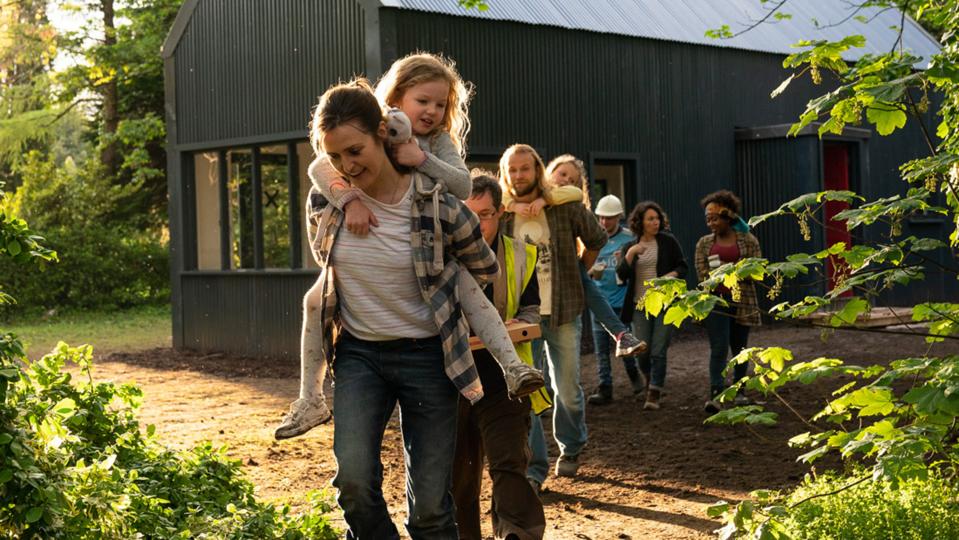 Clare Dunne never really planned to play the lead role in Herself, the acclaimed Irish drama that tells the story of an abused mother trying to build a better life for her two daughters.

“Honestly, I just want to get the bloody thing made,” the actor and co-writer explained. “I was originally sending it out to a lot of known actresses and Irish actresses. That was when I was writing it by myself over the first couple of years. When the director, Phyllida Lloyd, came on board, she was like, ‘You have to play it this role.’ We had worked in theatre together so knew each other already. I just said that that’d be great, but I didn’t think we’d get funding if I did.”

“I was anxious about Herself ending up in development hell for several years, and eventually, I’d be too old to play her anyway. Thankfully it was somebody as amazing and respected as Phyllida saying she wanted me to play the role, and Sharon Horgan, one of the film’s producers, really heard that and just said, ‘Let’s do it.’ That was incredible.”

Dunne had a very clear vision for how she wanted her character, Sandra, to be seen.

“I always wanted to show this woman was not a victim, that she was actually more like a soldier surviving this horrific world that she had originally entered by just falling in love, building a family and a home life,” she mused. “It’s not that she’s either really confident or has low self-esteem, she’s this survivor, and this mother determined to do things for her children. That gave the heartbeat to the rest of the story. It was incredibly hard. Any time it got too far one way, we’d pull it back. It was about trying to find the joy of life that pulls her through being equally as important as showing the realities of the PTSD and the hell she is suffering.”

“I spent a day with an amazing woman who had been through so much herself, and she set up her own refuge center, a secret one where women can go to very safely. That inspired me. I saw her absolute determination, her spirit, and how happy she was now. She had a gorgeous house with her daughter. She’s a single mother and so happy in her life. The stories she told me were like something from a horror movie, and I couldn’t believe that that was the same woman standing in front of me.”