Melihat topik - The Importance of Protecting Children From the Long-Term

The Importance of Protecting Children From the Long-Term

The Importance of Protecting Children From the Long-Term 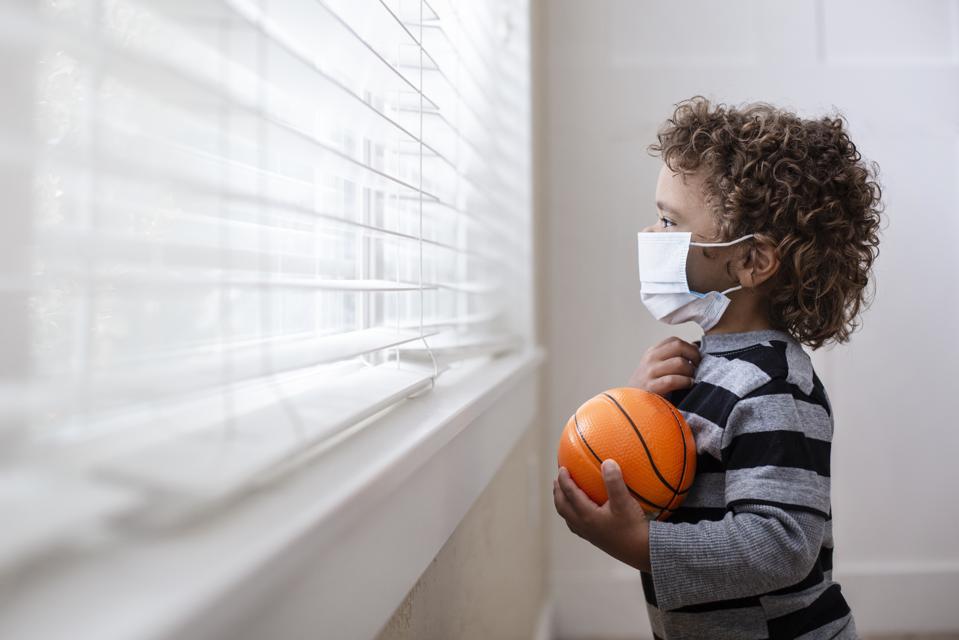 “Kids don’t get sick from Covid-19.” Early into the pandemic, this was one of the false claims that far too many parents, and even medical professionals, were quick to embrace and repeat.

Before we learned more.

And before we started to recognize the signs of long-term effects resulting from Covid-19 infection.

We now know that children can absolutely get sick from Covid-19, that they can die from it, and that they can develop long-term health complications, even if their initial presentation seemed mild. And according to the Centers for Disease Control (CDC), “The number and rate of cases in children in the United States have been steadily increasing.”

So what do parents need to know about how a potential Covid-19 diagnosis could impact their child’s future?

The Tip of the Iceberg

Geisinger’s infectious disease specialist Stanley Martin, MD, recently explained that what is learned about novel viruses initially is often just the tip of the iceberg. “You have the people in the hospital who you can identify as having this virus. But in reality, there is a population in the community—the submerged part of the iceberg—that isn’t showing up in the hospitals, they’re not in the doctor’s office and they’re not getting tested.”

He said this has absolutely been the case with Covid-19, where the spread of the virus in the community has been much more difficult to control and identify than epidemiologists originally hoped.

Providing the example of HIV, he explained that while it started to be identified in the early 1980s, only those who had AIDS were originally showing up.

“A person with HIV that’s untreated can go 5 to 10 years before they have AIDs and become really sick,” he explained. “We saw this small group of people that were infected, but there was an entire submerged iceberg we didn’t know about. We tried to implement prevention measures, but at that point, it was much, much harder to address.”

Because currently identified cases of Covid-19 are likely only the tip of the iceberg, it could be years before we fully understand the impacts of infection.

Lessons From Other Viruses

Covid-19 isn’t the first virus to threaten long-term consequences as a result of exposure.

“There are many viruses that can have long term side effects,” family medicine practitioner Abisola Olulade, MD, of Sharp Rees Steely Medical Group explained. “In general, when you look at viruses versus bacteria, we have many drugs that can kill bacteria and not that many that can kill viruses. In fact, in many cases when it comes to viruses, we are relying on our immune system and not a drug to fight them off.”

The issue, she said, is that viruses use and need our own cells to multiply, making it difficult to kill viruses without killing our own cells in the process.

“One of the most well-known examples is the Epstein Barr Virus—the virus that causes mononucleosis,” she said. “It can cause increased liver levels that persist for months as well as chronic fatigue which can last for up to 6 months.”

She explained that patients with established rheumatoid arthritis seem to have elevated levels of anti-EBV antibodies and viral loads.

“Elevated anti-EBV antibody titers have also been found in other autoimmune diseases, including Sjogren’s syndrome and years before the onset of both multiple sclerosis and systemic lupus erythematosus (SLE) EBV has also been associated with nasopharyngeal carcinoma and lymphoma,” Olulade explained, pointing to data share by the National Multiple Sclerosis Society.

The polio virus is another well-known example that Olulade shared.

“Post-polio syndrome can affect survivors for years after recovery from an initial attack and can cause progressive muscle weakness and muscle atrophy.” She said. According to Olulade, this can:

Affect the respiratory muscles, causing problems with breathing
Impair the swallowing muscles, leading to aspiration of food in the lungs, causing pneumonia
Lead to paralysis